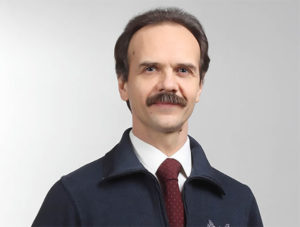 I graduated from Odessa State Medical University (Ukraine) and became qualified as General Practitioner in 1986. I have worked in therapy departments of local hospitals. I have completed a post-graduate course at the Institute of Gerontology Academy of Medical Science of USSR (Kiev), and was awarded a Ph.D. in physiology and biochemistry of ageing in 1992. After that, I worked as a Research Fellow in the same Institute. I’ve published in the field of gerontology.

Later on, I came to the understanding that the real secrets of life, illnesses, aging, and death lies not on the physical but spiritual level. I was disappointed in pharmacy-oriented medicine. I started learning the ancient and modern spiritual knowledge and healing traditions — Chi-gung, Hermetic Alchemy, Sufism, Shamanism, Buddhism, and Sound Therapy.  In 1993, I established one of the first of its kind in Kiev: The Center for Human Development “Aum”.

In order to bring my new knowledge into practice, I studied Psychotherapy at Kiev’s State Academy of Postgraduate Medical Education, and later was qualified as a Transpersonal Psychotherapist of European Register by EUROTAS. My main area of practice was psychosomatic medicine. Since 2002, I  have been invited to give workshops and private healing sessions throughout different countries in Europe, where I presented my work at a number of European and World’s conferences and congresses on Transpersonal psychology and psychotherapy. As a result, in 2011, I was invited to co-found the revised European Transpersonal Psychology Association (ETPA).

I started to work with cancer patients in 2009. Being puzzled by the psychological similarity of  psychosomatic and cancer patients, I immersed into psychology, oncology, psychoneuroimmunology, philosophy, epigenetics, and other branches of knowledge, to understand the hidden mechanisms of cancer. The result of this research was finalized in 2017 by publishing the book “Carcinogenic Mind. Psychosomatic Mechanisms of Cancer“.

I also studied the famous Simonton Cancer Counseling Program at the European Simonton Center in Italy. Finally, I have developed a program ANTICANCER – Multimodal Integrative Psychosocial Therapy, Rehabilitation of Cancer Patients, and Prevention of Recurrence of Cancer – and founded the Center for Psycho-oncology Expio,  the first specialized organization of psychosocial cancer care in Ukraine. I am a member of the International Psycho-Oncology Society (IPOS). 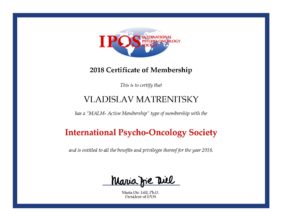 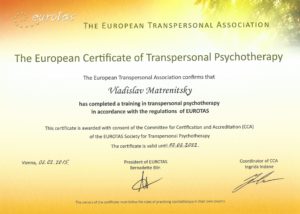 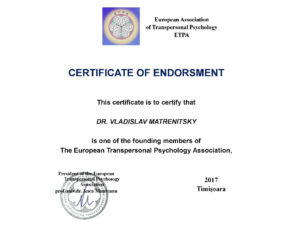 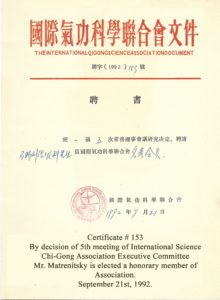