Synthesis of Ancient and Modern 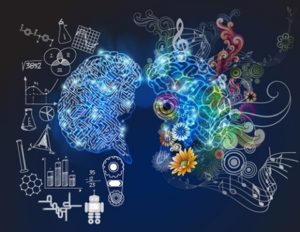 For more than 10 years, I have been studying the legacy of the healers of South Siberia – the shamans of Tuva. Using my medical and scientific background and experience, I adapted their methods so they can be used professionally in modern therapy without any mysticism. The results of my research I have reported many times at the conferences and congresses of international transpersonal psychology associations of different countries, as well as at the World Congress on Hypnosis.

By combining this knowledge with modern psychoneuroimmunology, psychoneuroendocrinology, epigenetics, neurophysiology, I created my own system of psychosocial cancer care. It has already shown its effectiveness – see testimonials.

Perhaps you still think that psychotherapy is just “relaxing talks”?

The latest scientific data shows that psychotherapy has as much of a real and profound impact on the body as do pharmaceuticals.

According to studies conducted at the University of Maimi, after a course of psychotherapy, the blood content of the stress agent hormone Cortisol decreases, as well as the activity of genes responsible for inflammatory reactions in leukocytes.

Scientists from the Siberian Branch of the Russian Academy of Medical Sciences have found that the use of suggestive psychotherapy methods can cause a long-term increase in the content of stem cells in peripheral blood and an increase in the length of chromosome telomeres of limfocytes. This was reflected in the normalization of the immune status indicators of patients.

DNA research by Italian scientists revealed that psychotherapy leads to changes in the activity of genes within 90-120 minutes from the beginning of a session.

Hence, within my therapy program as well, there are changes in the genes of organs and tissues, which is the biological basis for activating the processes of recovery from disease.

Your life will never be the same as it was before the illness. But, this does not mean it will become worse, or lose its meaning. The discovery of the spiritual meaning in disease can become a powerful stimulus for the transformation of the personality, known as post-traumatic growth, which awakens the inner healing powers. At the end of the course, you may feel the same as hundreds of cancer patients who took the similar psycho-spiritual rehabilitation programs. What does this mean? A burst of energy, peace of mind, understanding of one’s place in life, the desire to fulfill old dreams, to live as the heart desires, and not as dictated by others.

For example, the famous American cyclist, six-time Tour de France winner Lance Armstrong admitted: “Cancer was the best event in my life. … This disease has created a real miracle  … it became the most important event that turned my whole life upside down.”  The famous American actress Sharon Osborne said that her cancer is the best thing that happened to her, because the disease changed her life in a positive way.

This transformation can happen to you.

“The work of uncovering conflicts is the most important job facing the patient, for when the outer choices math the inner desires, energy, formerly tied up in contradictions become available for healing”.